Things That Cause PTSD

Let’s start this off by defining what PTSD stands for:

”Post-traumatic stress disorder (also known as PTSD) is a disorder that develops in some people who have experienced a shocking, scary, or dangerous event.” (source)

With that in mind, I would like to discuss some of the causes of PTSD and the aftermaths it can have on anyone who goes through a traumatic event.

Have you ever experienced something so erratic, terrifying, and horrific that left you scarred for life? Whether it’s physical scars or emotional scars, trauma doesn’t decide which one it will throw your way.Trauma can be categorized as that feeling when you were eight years old, and you were patiently waiting for Santa Claus, but after staying up all night, you found out that Santa Claus doesn’t exist and that we’re only living in a simulation that leads us to believe the unreal. That’s how trauma feels like, and how PTSD can haunt those feelings. 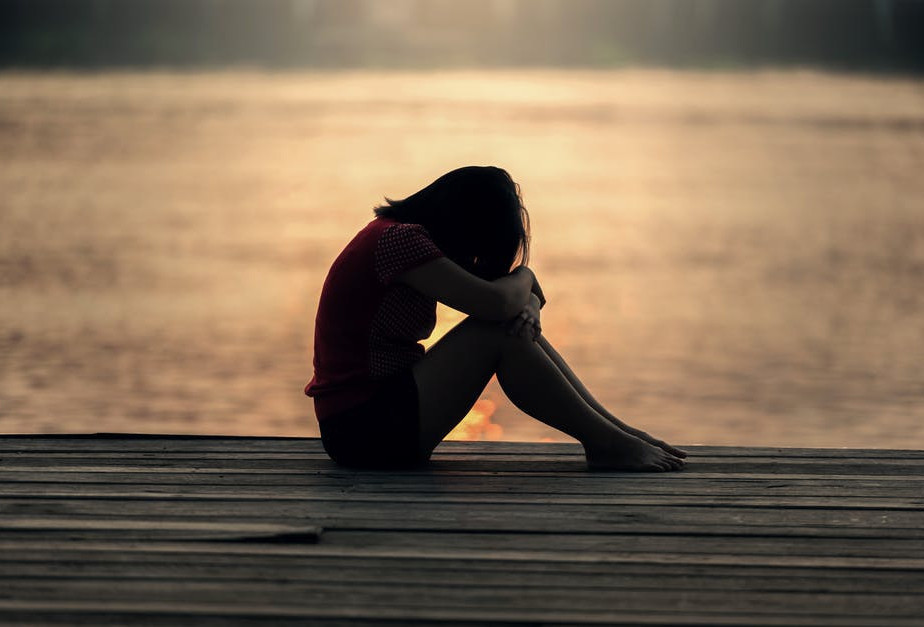 The American Psychological Association defines trauma as any event where there’s a serious threat to someone’s life. If we think about it that way, we might end up categorizing everything as traumatic when it certainly doesn’t work that way. Let’s dig in a little deeper on what can trigger your PTSD.

A. Sexual Assault – This has been categorized as one of the main factors for developing PTSD. Survivors of these types of trauma are often scared to come forward because they may think that their story is not “as bad” as other people’s, or because they believe that no one is going to believe them, so why try?

Time has been changing, and we’re currently seeing some process regarding all the laws that apply to predators. We have also witnessed excellent foundations such as the Joyful Heart Foundation – which has been close to my heart for the last five years – they work towards helping survivors of domestic violence, sexual assault and child abuse; they have also been working hard to end the rape kit backlog. The founder of this organization, Mariska Hargitay, has been playing a TV character that has been some sort of comfort zone for so many of us. She has also managed her way into directing and producing, both on her show and off. Most recently, her film I Am Evidence has won an Emmy for Best Documentary, and it has helped many survivors feel like they matter, like their stories matter because they are seen, and they are being heard. The documentary revolves around the lack of testing rape kits and the backlog behind it all. It features real survivors and how the rape kit backlog has affected them in ways that you could never imagine – that including PTSD as one of the aftermaths. You can watch the film right here. Highly recommend not just for survivors out there but for everyone to have a clearer view of the trauma these survivors have to go through – over and over again. It will open your eyes to a world that you may have no idea existed, and the fact that this is a constant daily battle for survivors who are seeking justice but the criminal justice system often looks the other way when it comes to sexual assault claims. Education and understanding, that’s all it takes. It’s a heartfelt film with a strong message. 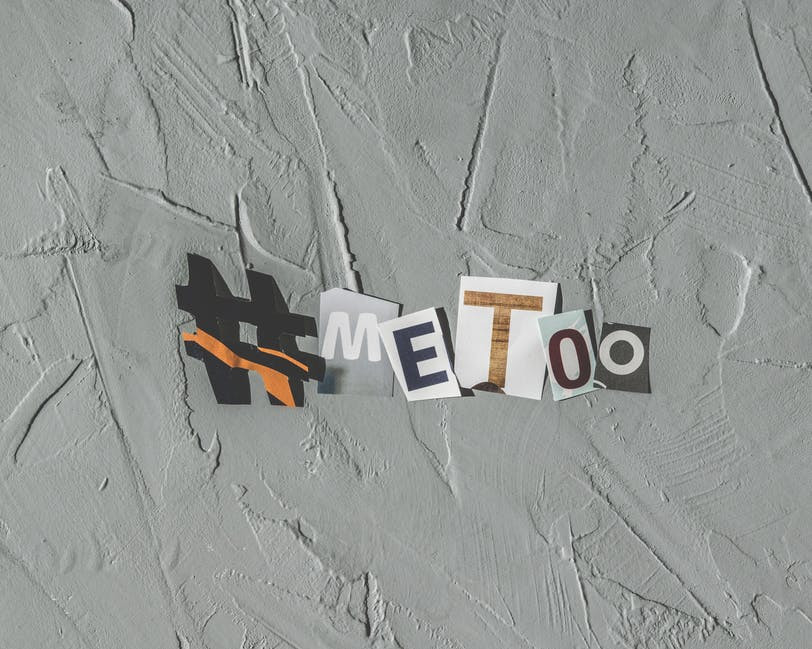 B. Natural Disasters – The way a natural disaster can make us feel hopeless, desperate, frustrated and terrified, indeed shows the impact these phenomenons can have. We’re all surrounded by “what if’s” from Mother Nature. We don’t know if an earthquake will strike us, a tornado, tsunami, hurricane (even though these can be targeted before they hit, still, it doesn’t make it any less traumatic). Going through such an anxiety inducing experience can surely make anyone experiences PTSD at some point; whether it is from new disasters or the simple thought of what happened and how that event made us feel. It can develop when you have the feeling of not being able to control what happens while having constant anxiety.

C. Physical and Emotional Abuse – Children who grow up in abusive environments whether it is because of a parent, caregiver, friend, teacher, neighbor, or whoever the child spends time with. They may be going through abuse, even if they don’t know it themselves that what is happening to them is not okay when it comes to dealing with those repressed feelings. Once the child is having a better understanding of what’s happening, that may cause a lifelong traumatic feeling for the developing child. Whether it comes to trust issues, anxiety, depression, low self-esteem, guilt, fear, panic attacks, nightmares, etc., it is a constant struggle that the adult figure in that child’s life has engraved in their minds. 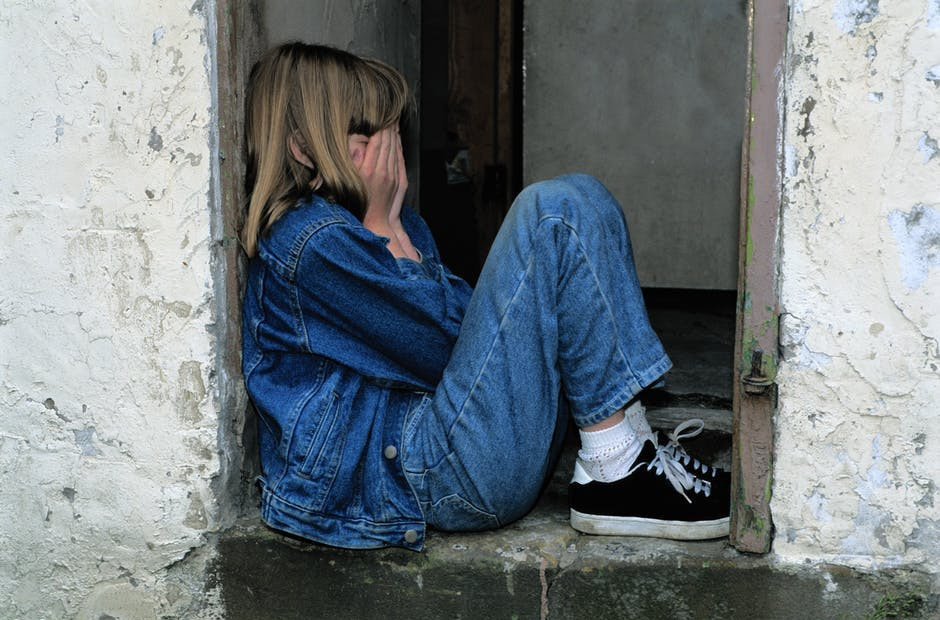 There are so many more things that are capable of causing us PTSD, but for the sake of this article, I wanted to share with you the top 3 things that causes PTSD. Fighting a mental illness is never easy; much less if you’re doing it in silence. A lot of the times we’re scared to reach out to the people we trust, or to anyone in general when it comes to seeking help. I understand I have been there plenty of times. It is a process that doesn’t just happen overnight. You need time with yourself to conclude that you need help – and even if you can’t admit it, taking that step of reaching out and asking for help, it’s a significant step towards recovery.

Recovery doesn’t happen overnight, either. It can take days, weeks, months, or even years to finally make peace with what hurt you. Don’t give up on yourself just because you’re not exactly where you want to be. Everyone else’s path is different, don’t judge yourself for not fitting in with what society has labelled as what can cause you trauma. You and only you can determinate that.

I know times are hard, but it is crucial to keep our mental health in check, and with the chaos that the world has come to, I know it can be challenging seeking professional help. Because of that, I would like you to check out Online Therapy, just like traditional therapy, you can have real-time conversations and get the help you need from professionals. Take care of yourself and never forget to keep your mental health on the lookout for any alterations towards the way you feel and how you feel.

Click on this link right here to join Online Therapy and get a 20% off within your first try.

• How To Change Your Life

• Mental Health During A Pandemic

10 thoughts on “Causes Of PTSD – Are You Going Through Any Of These?”