The Emotional Rollercoaster Of Benson And Stabler

Law and Order: SVU first aired on September of 1999. It has been quite some time since that first episode first came out, but regardless of the years, the chemistry between Benson and Stabler – or should I say, the emotional rollercoaster of Benson and Stabler’s relationship, throughout the years their partnership has been one of the most solid relationship between two fictional characters; as well as the actors, that the entertainment industry has had. Allegedly, due to unspoken issues between the actor, Chris Meloni who plays detective Elliot Stabler, and the creator of the show, Dick Wolf, Meloni left the show after twelve seasons of giving life to this fictional character.

Recently, on April 1st, we got to see Elliot Stabler come back to reprise his role on the Law & Order franchise after ten long-awaited years. 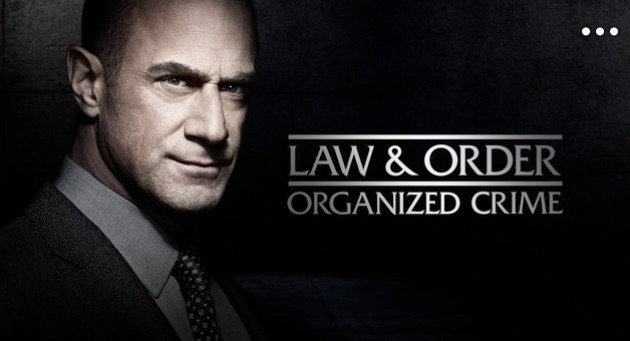 How Did I Get Here?

I have been a huge fan of this show ever since I was a teenager and along the way, I found myself engraved in the lives of these fictional characters. Sadly, growing up for me, was rough. I can’t quite describe my childhood because I have such little recollection of it. Having to witness my mother abuse alcohol and drugs was something that’s permantely marked in my brain for the rest of my life. Due to addiction and her untreated mental illnesses, I found myself in the middle of a long battle between physical and emotional abuse. Because of that, I always tended to turn to fictional characters and celebrities as a way to escape my reality; a coping mechanism if you may call it.

That specific coping mechanism has been living with me ever since. I’m in my mid-twenties now, and I still rely on this fictional and unrealistic universe to get myself throughout the day, to bring a smile to my face when I need it, to keep me grounded, to help me think that there was hope out there after all; even if the idea of that sentiment was based on what I saw on a TV screen.

Slowly, these characters started becoming part of my life. I made sure that my life was surrounded by theirs and what they were going through; it made me feel less alone and more validated. That pattern stopped for a while when I got into college, but after a few rough turns, I once again turned my way back into the unrealistic universe.

Between 2013 and 2014 my mental health took a completely different turn than what I was already used to. I knew I had depression, but after a tragedy in my life in 2012, I just kept pushing my feelings deeper and deeper onto myself until I felt like I was trapped; trapped in my head, my own misery, and my unresolved childhood trauma.

Around December of 2014, I was in a dark place. A place that I have always heard about, but never quite took the journey to understand it. Those days started turning darker and more loud as the small voices in my head – my subconscious – started telling me that there was no way out; suicide was the only solution. I was determínate. I was tired of living in misery, in fear, being misunderstood and used by people I knew and those who were part of my bloodline history.

Things started changing when one of those miserable days I sat down to watch some TV.  For some reason, I landed on the USA network and to my surprise, there was a marathon of this show that I have never seen before. I was immediately drawn in as soon as I saw the leading female character: Olivia Benson. 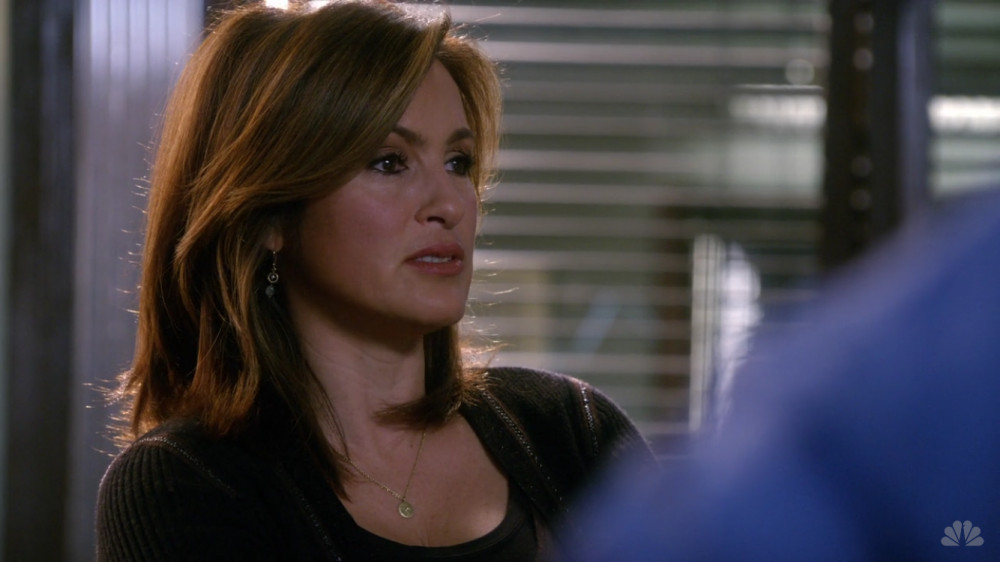 My immediate thought was “where have you been all of my life?”. Shortly after I saw that first episode I immediately went to the internet to search up this woman, not even knowing who she was. It took me a minute, but I found her: Mariska Hargitay. She gave life to the amazing character that is Olivia Benson to this day.

A passionate woman, an amazing actress, an advocate for women’s rights, the founder of the Joyful Heart Foundation; a foundation dedicated to helping those who have gone through unbearable trauma like domestic violence, child abuse, and sexual assault. That was it for me. I found hope once again. That day, without her even knowing me, she saved my life, and ever since I have been a devoted fan of not only her acting but her as a human being as well.

A New Journey Thanks To Fictional Characters

As I slowly started getting myself back into my old ways of watching TV shows and things that distracted me, I found myself engraved in the lives of these two NYPD detectives; Olivia Benson and Elliot Stabler. I dedicated most of my free time to catch up on seasons 1 through season 12; which was the last season Elliot Stabler was last seen on the SVU precinct. That of course until now.

Here’s where the emotional rollercoaster of Benson and Stabler continues; April 1st came, I gathered up my favorite snacks, a bottle of wine, some tissues, and the company of my dog, because I knew I was not prepared for this encounter. After ten years, I was expecting to get my heart ripped out of my body, and that’s exactly what happened. Not only did I get my two favorite characters back together, but a lot of nostalgia, sadness, happiness, a sense of relief, anger, and grief, came over with that return. I knew what I was putting myself through. I knew the emotional rollercoaster Benson and Stabler were about to take me through and I still gave in. 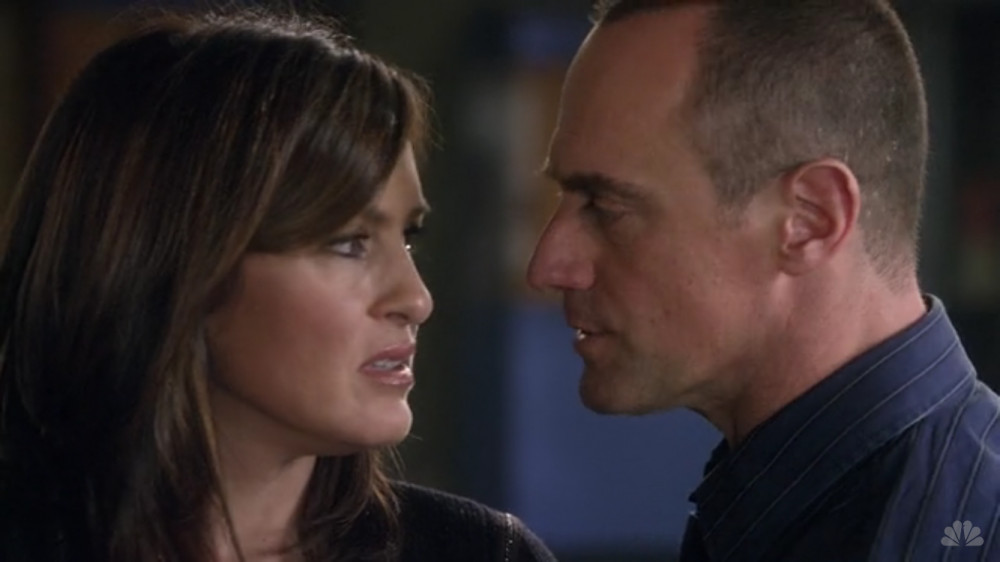 Apart from them being my comfort characters, I basically grew up with them. I went through dark times and SVU was the only thing that got me through another light of day. I owe so much to these characters, and the actress that portrays Olivia Benson has also had a huge impact on my personal life, more of what I could’ve imagined.

After watching the episodes and having some days to process the position that the writers had the characters portray, I came to terms that no matter how much time passes, how much life changes – or how much the show itself changes – we always come back to what we love. We come back to our safe space; we come back home where our hearts belong.

I know it’s going to take Benson and Stabler some time to work on their relationship. I know there are still so many unspoken words, mixed emotions, and a lot of pain in both parts. Him for leaving, and her for how he left and abandoned her without giving her the courtesy to find closure. They were partners for twelve years. Ten years went by and she never knew anything from him. Not a single call, not a letter, nor a happy birthday text; it was like if he had vanished from the earth; and so he did when he decided to go live in Rome with his wife, but yet, he made it clear that even so many miles apart, so many years without talking, so many unresolved issues; that didn’t stop him from thinking about her and how life would’ve been if only she was there with him; he never stopped loving her, and neither did she.

Now, I just need to wait and see how the story unfolds and what level of trust is Olivia Benson willing to give back to her former partner.

Nettles to say, the emotional rollercoaster of Benson and Stabler is only beginning, and may the best is yet to come.

If you would like to watch this story unfold can do so by signing up for a Hulu account. You’ll have a seven day free-trial – which is amazing, and depending on the plan you decide to get you can access endless hours of TV shows and movies. All 22 seasons of SVU are there along with Organized Crime. Sign up right now and don’t miss any upcoming episodes. 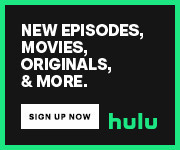 What did you think? Did you saw the episodes? What were your thoughts? Have you seen the show, or are you a current viewer? Let me know in the comment section down below.

18 thoughts on “The Emotional Rollercoaster Of Benson And Stabler”