Lost Connections: Why You’re Depressed and How to Find Hope Review

As humans we know we have needs. We have physical needs, such as the need to eat, drink water, shower, use the restroom, we need clothing and special clothing if we’re somewhere that’s extremely cold, right? What happens if all those things are taken away from us? We’re not going to live a normal life. Not having proper care might even lead us to death.

The same thing happens with our mental health and our emotional needs. We need things such as love, appreciating, understanding, support, we need to feel validated as if we matter to someone. When that switch is turned off and you’re left with no emotional support, that can lead us to a lot of inconsistencies in our lives, and it can also lead us to death.

How do we deal with those feelings? Well, I’m here to talk to you about this wonderful #1 bestseller.

Here’s my Lost Connections: Why You’re Depressed and How to Find Hope Review

Name: Lost Connections: Why You’re Depressed and How to Find Hope

Disclaimer: The text inside the quotation marks is from the actual book written by it’s author not me.

Lost Connections: Why You’re Depressed and How to Find Hope Overview

Johann Hari is well-known for two of his bestselling books: Chasing The Screams: the First and Last Days Of the War on Drugs, and Lost Connections: Why You’re Depressed and How to Find Hope, which has been described by the British Journal of General Practice as “one of the most important texts of recent years”. Just for that, the book intrigued me so much. Therefore, I had to dig it up and give you guys what I found, and an overview of what to expect from it.

This book has some controversy running around, especially from mental health professionals since Johann has made it clear that this book is about world-wide research on all types of behaviors, and how doctors treat them. That, including not prescribing antidepressants.

Johann spent most of his life depending on antidepressants because when he was a child he was made believe that depression was just a chemical imbalance in your brain that could be easily cured with some prescribed medication.

While he was traveling the world to find answers and write his book, he discovered some amusing details that nobody really ever talks about, most people don’t even know that these were actual scientific based studies.

• Only about 25% of the relief you feel after taking antidepressants are from the prescription pills themselves.

• 25% of the outcomes of these antidepressants came solely from natural recovery and not the medication itself.

• 50% were based on the story you had been told about these chemicals. Meaning that the information in your brain, regarding these types of medication it’s what actually shines that small light in your brain telling you that the prescribed medication is working.

So, if we’re, generally speaking, 75% of the effects of antidepressants are non-existing, except for 25%. Still, can we live a depressive-free life without that 25%? According to this book, there are so many more ways to cope with your depression and anxiety than just prescribed medication. Do you think so as well?

The Nine Causes Of Depression And Anxiety

Johann also stated that during his investigation he found nine causes of depression and anxiety.
I am just going to be mentioning the steps he talks about in his book, while also providing a specific text from said book that deals with each of the causes.

“A recent survey has confirmed that nine to five is indeed a relic of the past. Today the average worker checks their work e-mail at 7.42 am, gets to the office at 8.18 am and leaves at 7.19 pm … The recent survey found that one in three British workers check their e-mails before 6.30 am, while 80% of British employers consider it acceptable to phone employees out of hours.” The concept of “work hours” is vanishing for most people—so this thing that 87 percent of us don’t enjoy is spreading over more and more of our lives.”

“Loneliness hangs over our culture today like a thick smog. More people say they feel lonely than ever before”

“For thousands of years, philosophers had been suggesting that if you overvalue money and possessions, or if you think about life mainly in terms of how you look to other people, you will be unhappy”

“If you’ve been badly hurt by the world—and sexual abuse is not the only way this can happen—you often want to retreat.”

“Even when we are not being actively humiliated, even more of us feel like our status could be taken away at any moment. Even the middle class—even the rich—are being made to feel pervasively insecure.”

6. Disconnection from the natural world

“It’s been known for a long time that all sorts of mental health problems—including ones as severe as psychosis and schizophrenia—are considerably worse in cities than in the countryside, but the psychological effects of being cut off from the natural world have only begun to be studied properly”

7. Disconnection from the future

As we get into, yet, another really interesting and debatable chapter of this book, let’s take a look and see where this journey is taking us.

Later on, Johann tells us a very eye-opening story about this man that lived in South Africa, and worked in a rice farm. Sadly, the place where he worked would occasionally have people stepping on a mound of earth, and an explosion would take place afterward. That was because old war mines were still lying all around them.

One farmer got his leg blown off by a land mine, luckily, he was graced with a prosthetic limb. He was alive, so that’s a good thing, right? But his mental health wasn’t alright, at all. He became anxious and depressed due to the loss of his leg and the implications that meant to his farm.

Johann explains that during his research with professionals, they came along with the ideal antidepressants that people in there used. According to them, it was the best antidepressant of all.

What was the antidepressant? A cow. Yes, you read that right. Since his depression came mostly for the lack of productivity he had in his workplace he thought he wasn’t going to make it like that throughout his life, so he came to the conclusion that he didn’t want to keep living.

People around him searched for remedies until they came to the conclusion that it would be a great idea to introduce him to the idea of becoming a dairy farmer.

After years of working on said job, his depression due to his limitations – went away, just like that. It vanished.

“You see, doctor, the cow was an analgesic, and antidepressant”

As I said earlier, and as you saw in the previous example of the cow, it could be a somewhat controversial book due to all the alternatives, and the places it opens up in your mind to which you have never been there before. I know for me, it blew my mind away. Regardless of the controversy of using or not using antidepressants, I’m still an advocate to doing so, I have been taking prescription pills for some time now, and believe it or not, I have seen changes. Of course, it’s not a permanent change and I’m still dealing with my depression and anxiety, but they are a good addition towards my journey to recovery.

So, as I said before if you want to get this book and decide for yourself if it is controversial or not, I encourage you to get it right now! It’ll be worth it.

Thank you so much for stopping by this Lost Connections: Why You’re Depressed and How to Find Hope Review. I hope I cleared up some things for you, or that at least I could give you a deeper insider on what this book is about.

Also, I would love to hear from you, in the comment section down below. What do you think about this topic? Have you read the book? Do you believe antidepressants and other prescription pills work? 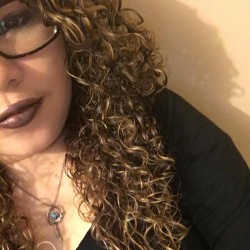