I’m pretty sure that most of you have heard of the term “social anxiety”. Some of you still don’t have an idea of what social anxiety is, while some of you may know it pretty well.

I am going to be talking to you guys of some facts about social anxiety, and how society has misrepresented this anxiety disorder, just to fit their standards of how people who struggle with it; are labeled as someone who is “exaggerating everything for attention”.

Before I jump into the facts about social anxiety, I want to talk a little about how social anxiety is viewed by society nowadays.

You see, throughout the years, people have had this perception about this disorder as something that “shy” people have built their personality over it. They think that if you go out more then you’ll be cured, and once you’re cured you’ll enjoy being around people more often. It doesn’t work that way and honestly, I wish it did. If it did, I would not be struggling so much when it comes to doing normal everyday things out of the house. I mean, even taking out the trash becomes an issue because your head starts sending you these messages of “but what if the neighbor is watching?” and so it goes. It’s a cycle that never ends. 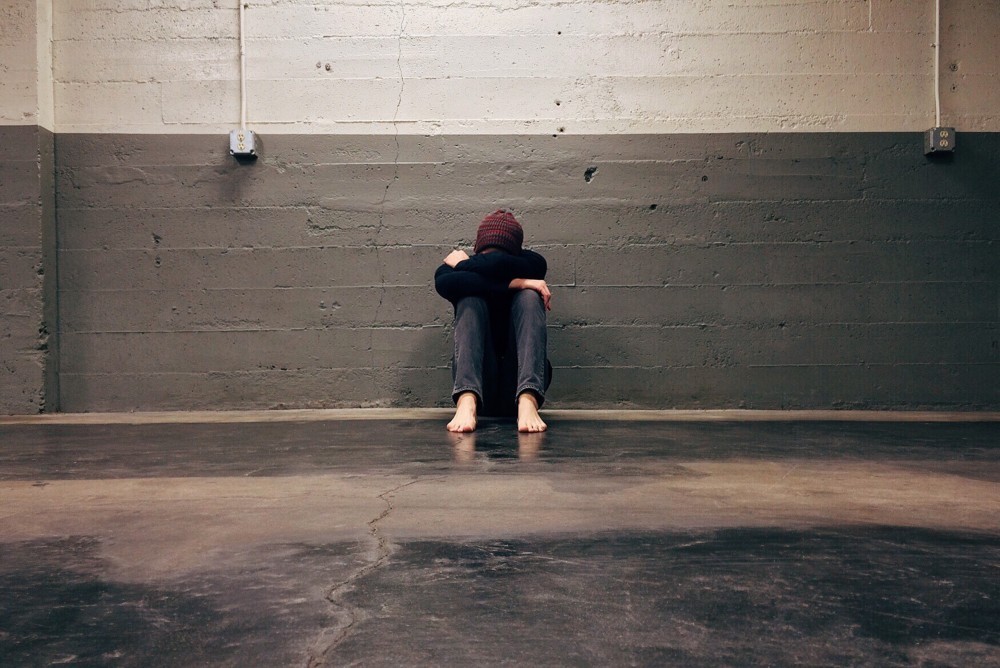 Social anxiety is not a made-up disorder founded by people who are just lazy, or people who don’t want to do a certain thing because it revolves around interacting with other humans.

There are so many myths about what social anxiety is and how it works, but I am here to talk to you about the most common facts about social anxiety based on my personal experience, opinions and knowledge.

1. Saying “calm down don’t be too anxious” doesn’t magically cure your anxiety – As I said before, a lot of times people think that you’re making things up and they just get really irritated with your actions. They tend to go with the typical phrase “don’t be too anxious” as if having to deal with an anxiety disorder was something that we could control. If I could control my social anxiety, believe me, I would’ve done that years ago. Just because it’s something that you can’t see doesn’t make it any less valid as any other illness.

2. Avoiding confrontations doesn’t make you a weak or unstable person – If we’re talking about avoidance, then it applies to anxiety in general, but when dealing with social anxiety, avoidance becomes part of your everyday routine. From avoiding taking the elevator because there are too many people, so you’d rather walk down the stairs, to avoiding eating at restaurants because you’re terrified of other people looking at you and judging you for what you’re eating, how you’re eating and if you’re alone. Eating alone in a fast-food restaurant is so anxiety-inducing to me, it feels like I’m in a race and that I need to finish eating before someone else sits on a nearby table.

3. People who struggle with social anxiety are aware of it – Yes, we know what we’re doing. We know our bodies, and we most definitely know our mind’s reactions and what triggers us on a daily basis. We are aware of our shaking bodies, the constant leg movement, the “I’d rather stay home” moments…we know what it is, and sometimes, the only thing we need is someone who understand.

4. You may think that there’s a really low percentage of people who struggle with social anxiety, but in reality, this disorder affects over 15 million people.

5. Not asking for help does, in no way, mean that we’re stubborn – It is not that we don’t want help, or that we think we are know-it all’s, but asking for help is really anxiety-inducing. Especially if you’re scared of the other person’s reaction, what they might think, or even if you’re just scared of rejection.

6. When we do seek help, don’t ask us why we waited so long – That is exactly one of the reasons why we do wait so long. We don’t want to get judged for feeling a certain way, because regardless, if we seek help earlier during our struggle, people are still going to side-eye us.

7. People who struggle with social anxiety often hide their opinion and avoids speaking their minds – Again, this is not because we’re stubborn, or because we don’t want to talk with you. This is rather because during an anxiety event in our lives, those moments often makes our minds go blank. We do have our different opinions and we do know – speaking for myself – what we want. It’s just hard sometimes having to deal with an illness in a society that’s purely judgmental.

8. Having our earphones on doesn’t mean that we’re a mean person or that we don’t want to talk to you – Sometimes, our earphones are our only lifesavers, in certain situations when we don’t want to talk to someone, or because we’re too intimidated by other people. Other times, we just rather live in our own minds than having to deal with the real world and the chaos that surround us 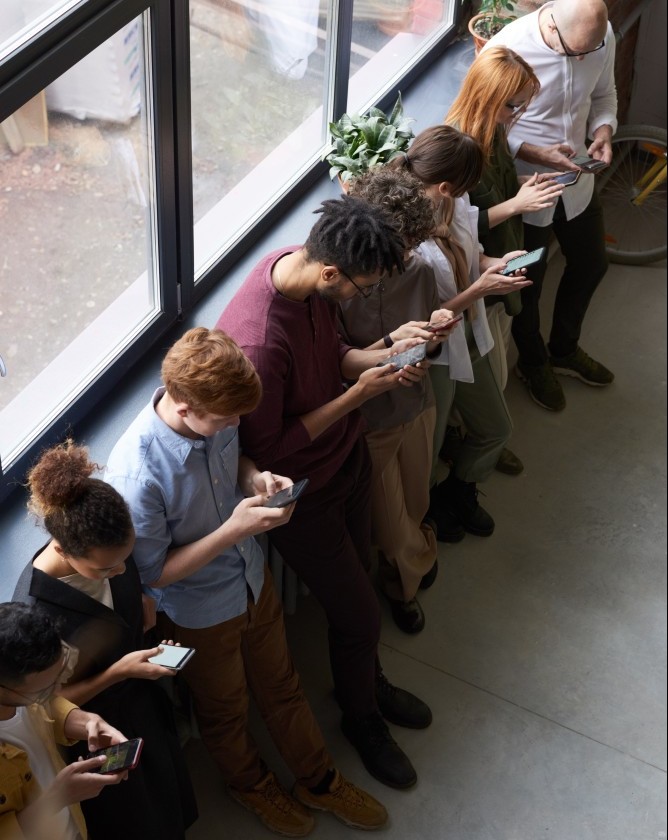 9. Social anxiety isn’t the equivalent of not wanting friends – Wanting to be alone and having social anxiety are two very different things. Social anxiety is not an exception for wanting a deeper connection with someone, but you struggle because you dislike socializing outside your comfort zone. Sometimes, we even see someone we’d like to talk to, so we just hope that person takes the first step towards approaching you because you know that you will not be able to approach them without feeling like you’re embarrassing yourself.

10. Being single doesn’t mean that we’re not interested in you – Being single means that we’re not interested in living the same way as you’re living your life. We don’t like going to bars, partying, going to the beach, out on dates to restaurants, etc. Therefore we’re scared you’ll eventually get bored with us. In fact, we might be even into those things, we just don’t like the idea of having more people around us.

People will always find a way to judge you no matter what, and if you have a mental illness, chances are that you can be even more targeted to be involved in other people’s opinions. 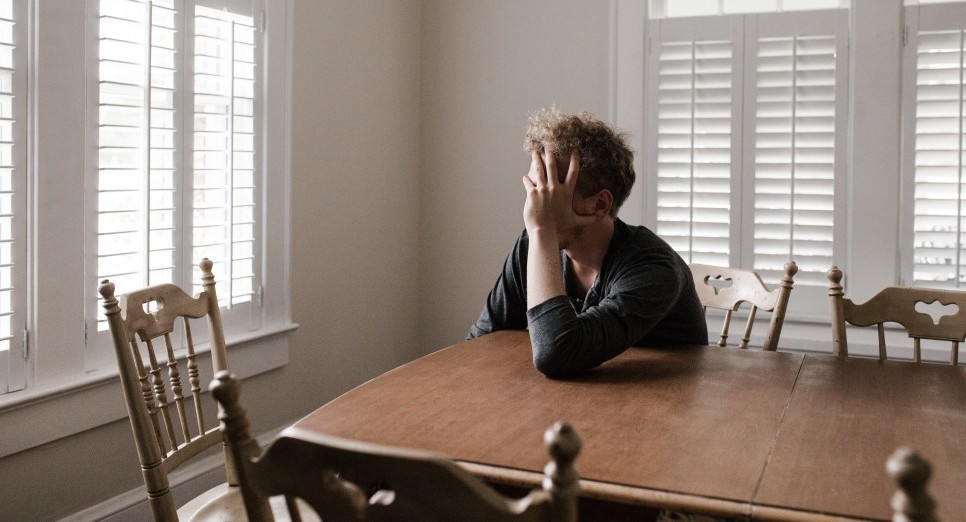 Slowly, I have been thinking for myself for the first time since…forever, and I’ve been through this difficult process of confronting my fears of making phone calls, eating out in public, or simply making small conversations with the person next to me at the doctor’s office. I feel like I have accomplished something for myself and for my mental health.

I still struggle with anxiety disorders. That’s not something that’s gonna change one day from the other. In fact, it may never change, and I may be stuck with all of my mental illnesses forever. What keeps me going is the small accomplishments I make towards my journey on recovering. It’s the small things that count. For that alone, I couldn’t be more proud of myself.

What did you think of these facts about social anxiety? Do you struggle with this disorder? I would love to hear from you in the comment section down below.

I think there is a lot to be said about this subject and there is a broad range of social anxiety. I think this is common in every day reality and people handle it in their own ways. I personally always wish I could be more of a social person in general but many days it’s just not worth the effort and I agree that is not laziness.

Hello Stephanie, I grew up with my sister who never wanted to associate with people except for her family members. Early enough my parents identified it and they made us all know that we must be ready to help her.
Rather than leave her alone, we started showing her love and invited our friends to meet her at every opportunity. We avoided using negative words around and our parents ensured none of us attempted any task with a negative perspective instead we were taught to be positive.
To be honest with you, it was not an easy task as we grew, gradually she started growing out of it and now I can tell you confidently that she interacts freely with no boundaries.
I feel the society around us as a lot to do when it comes to social anxiety, an environment filled with love and mutual understanding will go a long to help.

I could not agree with you more, my friend . There’s a lot of stigma regarding social anxiety, but I am so glad she’s doing better now.