Why Do People Isolate Themselves?

Listening to the sounds of nothingness it’s what has kept me alive for so long. I thought I was never going to make it to 18 and yet, here I am in my 20s. What a wild ride that has been.

Life it’s hard…extremely hard and sometimes we like to take time for ourselves, but why do people isolate themselves?

Why Do I Isolate Myself?

Isolation, my personal description of salvation. Having to deal with heavy things, lifelong lasting traumas and mental health as it’s own, it’s really easy to get lost in the insides of your subconscious. What does that mean? Let me explain it to you – do keep in mind that this is only a perspective from someone whose been in this situation – the human brain is a really sensitive organ, it’s what basically controls every aspect of our lives. The way we talk, the way we act, the way we form solid relationships and the way we communicate with others, it’s all based on our mind’s reactions to the messages our brains are sending us. 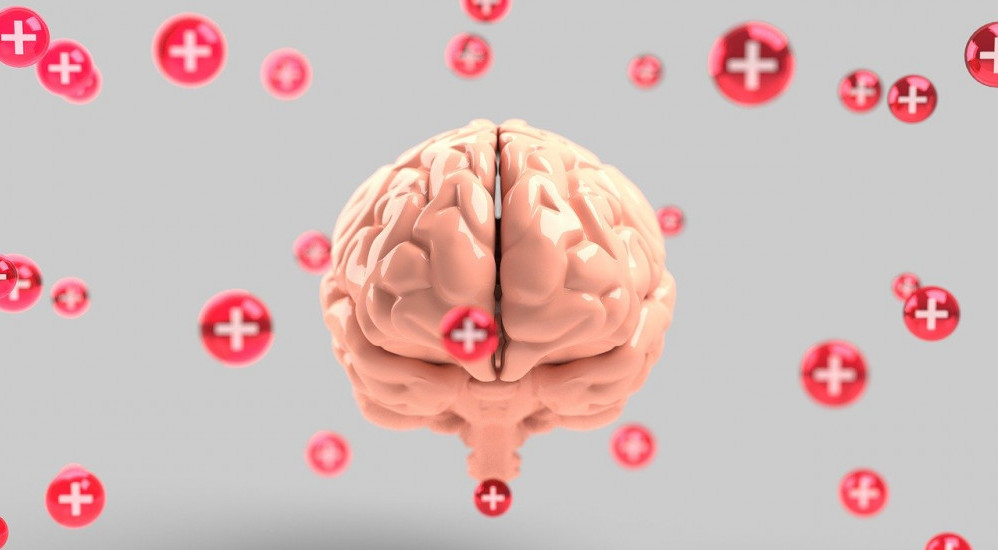 It Has Nothing To Do With You

As I’ve said in previous posts, mental illnesses have a huge impact on a person’s life. Their inner life and the outside life. What do I mean by that? Well, along the years, I’ve learned that we all carry secrets. We’re all pushing something aside from our life, because we don’t ant to be related to that experience, nor do we want other people to know about those dark passengers.

Those dark passengers can be associated with depression, trauma, anxiety, bipolar disorder, an eating disorder, secrets that we’re too scared to share, because of the fear of rejection, or we’re just ashamed ofa certain situation. You can’t change those feelings. No one can.

Carrying those baggages on a daily basis can be some of the most draining things to do, believe me, I know. Hiding from everyone around us just so we can let those dark passengers get the best of us, because honestly, we just don’t want to get other people involved. We don’t want to be a burden in other people’s journey through life, and you know, that seems understandable. We’re so used to bottling everything inside that we forgot how to efficiently communicate with others.

Sure, being physically somewhere and emotionally in the same place is not always what it seems.

Just because I laugh, make jokes, smile and go out, that doesn’t mean that I’m not isolating myself. You see, I have always had this line of thought where isolation is mostly emotionally related. We often get so attached to people, but we rely on regret when we’re trying to be vulnerable with someone; just because we’re feeling that they’re getting too close to us, so we rather hide away than face the situation.

Living an isolated life means that you’re stuck in the same cycle. You don’t open up to anyone because you’re scared of the consequences, you feel like you’re just being a burden to someone else’s life, it feels like you can’t trust anyone, much less be able to feel comfortable enough to be surrounded by other people’a presence. Its scary to think that another human being can trigger something inside of you, or just flip on the switch on your social anxiety. 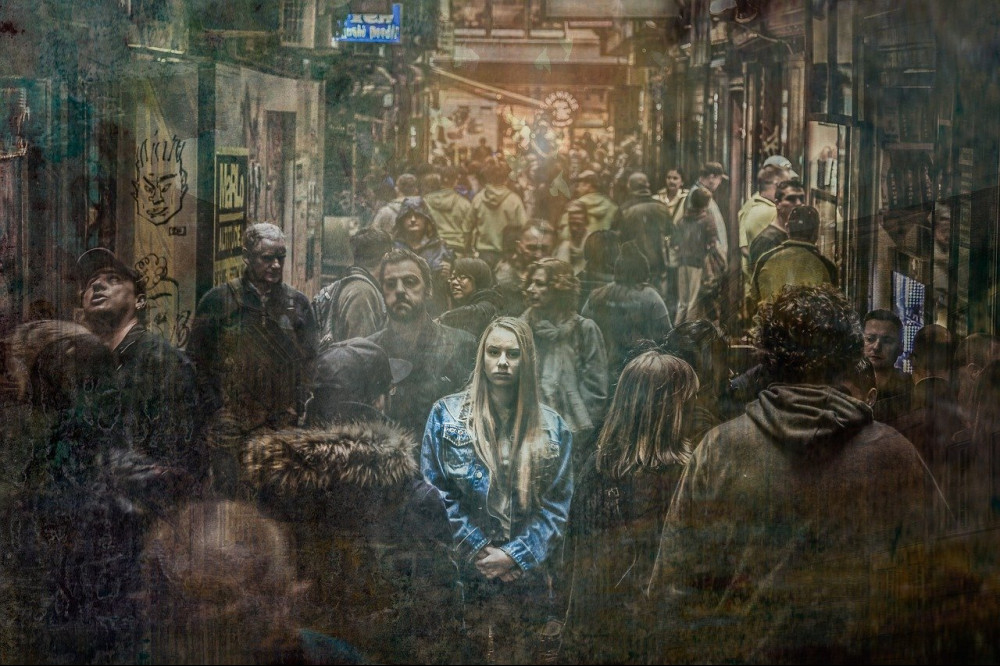 I believe that people who live in isolation are mirrored by the reflection of their brain functions and their mentality. Therefore, things such as depression, anxiety, abuse, bullying, bipolar disorder, eating disorders, or any other type of disorder and mental illness, can lead to isolation due to the stigma these conditions have over the human brain.

“There is robust evidence that social isolation and loneliness significantly increase risk for premature mortality, and the magnitude of the risk exceeds that of many leading health indicators” – Julianne Holt-Lunstad

According to the Health Resources and Services Administration (HRSA), loneliness can be more dangerous than obesity and it can also be as damaging to someone’s health as smoking 15 cigarettes a day.

There is also a 45% of mortality rates that have increased in seniors who have reported feeling lonely. Another 43% of seniors feel lonely on a daily basis.

Scary numbers, right? Imagine the percent some of those statistics may look like – because we still don’t have concrete numbers – of course, those that I mentioned have been proved, but what about all the people that didn’t participate, or open up about their experiences? The numbers must be a lot higher. This is not only a physical endangerment, but also an emotional one; meaning that the signs aren’t often seen.

How To Avoid Isolation?

It’s not an easy subject to just blast out some reasons of how to avoid it, and that’s because it’s different for everyone. I won’t say “go out more and be more social” or “trust people and open up” because that’s not how it works. Of course, you can take small steps towards getting outside of your comfort zone and the environment you’re used to, but that takes time. I’ve been dealing with isolation for the past 11 years and I can’t seem to find a way of getting out of this cycle. I still do normal everyday things, but I honestly just prefer being alone. Keep in mind, it’s different for everyone. Sure, some symptoms might be the same, but the reaction to the situation can vary from person to person. 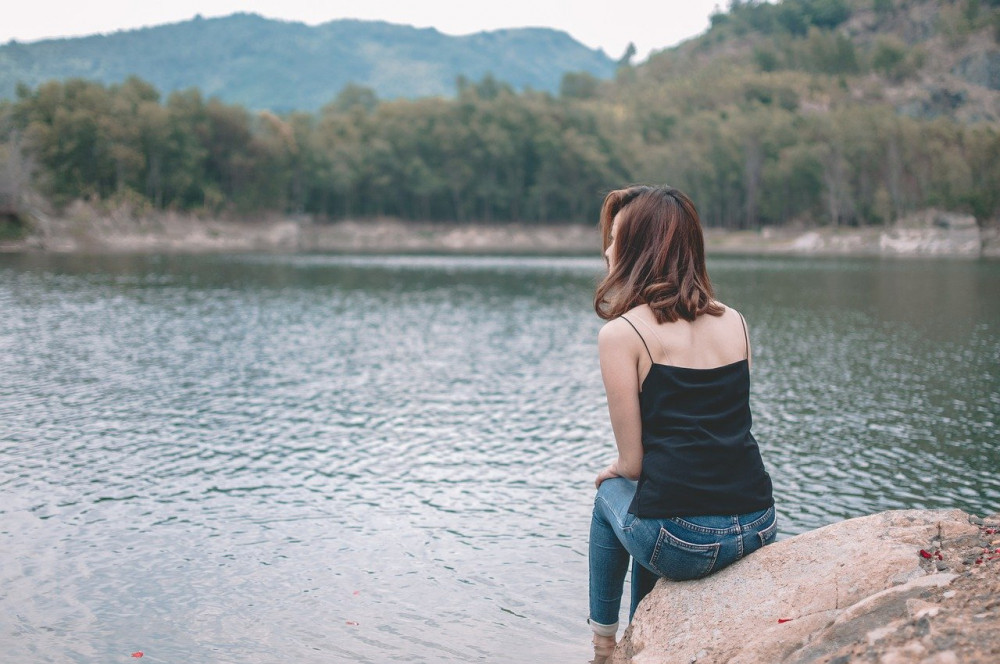 Stress is a really common factor in these types of situations and I know it only makes things worse. Talking with someone about these type of things can be scary, I’ve been there. You can actually find professional help online. What does that mean? That means that if you’re scared to see an actual therapist, you can find one online that best fits you. It’s all up to you.

Why do people isolate themselves? There’s a different response to this question. A lot of possibilities and not so much attention towards this dangerous topic.

Just remember that you’re not alone.

In my experience people tend to isolate themselves because they are not as experienced in social situations and some even prefer to spend time alone to sort themselves out. I think that you said it best when you said that isolation is sometimes salvation and spending time alone in moderation can really help you to get your mind straight. I like your photo with the brain when it comes to isolation.

Depression is one of the cause of isolation as a depressed person tend to isolate his our self and the very common type of isolation is Social isolation; this a state of complete or near-complete lack of contact between an individual and society. It differs from loneliness, which reflects temporary and involuntary lack of contact with other humans in the world. Social isolation can be an issue for individuals of any age, though symptoms may differ by age group.thanks a lot for sharing this very important and informative article.

Hello there! Thanks for taking out time to write on this very important topic. I struggled with depression for 5years due to the fact that I spend most of my time alone. During those times I discovered that humans are social animals who need human contact to thrive and sometimes even to survive. Extreme isolation can have catastrophic effects on mental health which is not good.

I know nothing of mental illness. It is very difficult to understand if you have never come into proximity of anyone who is suffering. It is, without a doubt very real, and not to be taken lightly by anyone. It is difficult to know how to behave towards someone suffering, i would think giving them space to be themselves is very important.

A very important site this is, and one I will follow to learn as much as I can

Thank you for sharing this great article with us. I learned how to avoid isolation by reading your post. It is very important for me to avoid isolation. And your post will help me avoid isolation from friends relative.
I’m getting disconnected from everything. I think my past, my present, is valuable to all people, not me. I suffer in frustration, seeing others and hearing them talk about success. Disconnecting with others for fear of expressing myself that is pushing me into loneliness.
I believe I will succeed in avoiding isolation.

You got this! You’re not alone.

I’m not sure if I would consider myself as living in isolation, but I kind of fit into that lifestyle in recent years. Ever since I went off Facebook, my social circle is only limited to the people I see every day at work and those that occasionally text me on the phone.

It feels much better this way, less noise, less peer pressure, and less distraction. I was able to connect with myself and found a focus point to invest my energy, even if it means doing the same thing over again. For me, it’s more about the quality of the relationship, not the quantity.

I could not agree with you more

Good afternoon, I’m writing an article and i want to cite a quote. May i know your last name if you don’t mind?

Hi Jance! Thank you for considering quoting a piece of my article. You can absolutely cite whichever quote you’d like while redirecting it to this article or the site in general. I would love to read and support your article as well so please don’t hesitate in emailing me your work when it’s done.

I get this, though through five moves in my life through school you learn to let go of some things along the way. My reaction to the feeling vulnerable was to toughen up. I am very strong in my mind and my emotions but can see that others react to traumas more serious than mine by withdrawing. Tough, strong, bad as can be would describe me at 19. Yet the one picked on, never. But I did bloody a few up who picked on those not their own equals in several ways. Gave a homeless guy who clearly had emotional issues $ 20.00 on the street corner a couple days ago. He was almost in tears. He just wants to be accepted for who he is and cared for. Don’t know if any of this is relatable but thank you for speaking to us about these issues. Chris

Thank you for sharing your experiences. I am so sorry for what you went through but I am so glad that you have been managing to stay strong and keep pushing forwards. You’re a strong warrior, my friend. Never doubt that.